WHAT PUBLISHED RPG DO YOU WISH YOU WERE PLAYING RIGHT NOW?

Great, expansive, imaginative, colorful science fantasy trapped in a doomed and clunky system, Fading Suns has always been a favorite of mine, but never with the original rules.  I would play it in Heroquest, Fate, or some other, easier system. 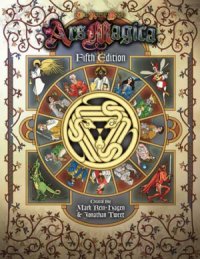 Great setting, great magic system, and supplements full of depth and color.  If only they could put together a combat system that worked and rules for down time that didn’t make me feel like I was doing my taxes.  Honestly I can’t think of another system to run it in, because the good parts of the rules are really, really good and no other mechanics I have found really simulate the magic system the same way.

This is more difficult for me because I have several go-to systems that I like .  In truth, Fate isn’t my favorite in terms of mechanics but it edges out other systems in terms of ease of teachability and widespread familiarity by the people I usually game with.

A solid system built around choices and consequences, with a large variety of settings to choose from.

Rules mechanics are simple, if not thrilling in themselves, and the setting is highly evocative and fun.  Plus, you can play a whale.

I think I could really like this setting if I played with someone who was well versed.