Describe a game experience that changed the way you play

The very first time I sat down to run Aftermath after the long and painful character creation process, I decided that just to learn the rules I should get the characters into a bar fight.  Bar fights were pretty standard as a way of introducing characters back then, so I made up a few thugs and we went at it.

Naturally the bar fight followed the standard bar fight format – PCs bump someone’s drink, insults exchanged, fistfight, melee weapon fight, gunfight (where appropriate).  I had carefully gone through the rather extensive list of firearms in Aftermath and found what I thought was the least dangerous of them (a .19 caliber holdout, IIRC).

So the bar fight commenced.  Insults were exchanged (skill rolls, check!), fistfight started (unarmed combat/brawling rules, check!).  Along about this time I started noticing that PCs were taking a significant amount of damage, but I carried on.  Melee combat started and I worried a little when one of the PCs managed to actually kill an NPC by breaking a chair over his head, but still I carried on.

Now while I was somewhat impressed with this (guns are dangerous after all – do not play with them kids!) the fact of the matter was that we were playing a game, and moreover one in which it had taken SIX HOURS OF EFFORT to make that character.  Presumably it was going to take hours of additional effort to make a new one.  During that time the player was going to be sitting on his ass, doing nothing but flipping through rule-books (rule-books that I needed to reference to run the game) and rolling on occasional charts.  As a group we were already somewhat shell- shocked by the amount of time that it had taken us to get through character creation, and the idea of one of the players having to wade through it again was pretty horrifying.

I tried to hand=wave it, but the player (who was understandably upset) got petulant and insisted on making a new character.

Things went downhill for the game from there.  I think we played a couple of sessions and then gave it up.

How did this change the way I play (or GM)?  This incident convinced me that long, convoluted, and involved character creation was really only acceptable it the character death rate was going to be low.  Any game where it takes six hours to create a character and 30 seconds to kill one is going to have some disastrous consequences sooner or later.  There is going to be a dearth of fun for someone at the table, that dearth of fun is going to last through the session and beyond, and resentment and bad feelings are likely to result.

Moreover, if a player is going to invest that much time and energy into creating a character, the death of that character should be epic.  No dying in a random bar fight.  If a character like that is going to die it had better be in single combat with the main villain on top of a volcano during a radiation storm while dodging a stampeding herd of mutant jackalopes or something similar.  Epic.

I don’t object to games with 30-second character death per se, but character creation had better be easy and fast.

Any game where creating a character will take you out of most or all of the rest of the session has problems.  People come to the table to game, to play their characters, not to create them.  While there is a certain joy in creating an interesting character that you think will be fun to play, the more time it takes to actually create it, the less time you have for fun playing it.  And if that character can die from a couple of failed rolls in a minor bar brawl, the player who created it will not be happy, will not feel that their efforts at character creation were worthwhile, and will inevitably wonder what the hell they put in all that time for. 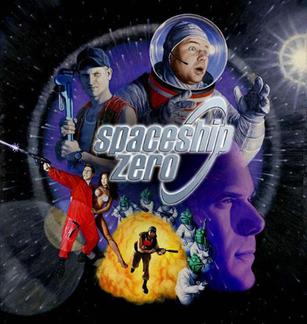 This is actually something that happened to Sophie, not me, but I was there for it.

Our regular GM decided to run a miniseries of Spaceship Zero for us.  Neither Sophie nor I had an idea what the game was about, and the GM asked us not to research it because he wanted to “surprise” us.

Sophie likes to make deep characters that have ties to the game world, so in addition to creating her character (which, IIRC, is a fairly simple and straightforward process) she took the background material that we were given, created ties to several of the major NPCs and organizations of the game world, and wrote several pages of text about her character’s background in the setting.  She did this not simply because she likes doing that sort of thing but because she tries to go out of her way to give GMs handles for what sort of adventures she wants for her character.

If you know Spaceship Zero you already see the problem.

We all wound up in our little experimental space ship, activated the drive, and HEY PRESTO!  The entire universe collapsed around us and reformed.  All that work that Sophie did on her character background?  Gone.  Instead we had to deal with froglike aliens who had taken over the new earth.

In this case the problem was that the GM had not thought enough about what he needed to communicate to the players for character creation purposes.  The premise of Spaceship Zero is a classic of 50’s science fiction, but without knowing that, Sophie as a player couldn’t create a suitable character for the genre (ie one in which the character background and ties to the game world didn’t matter much because it would all be blown up in the first 30 minutes of the game anyway).  So she spent time and creativity on a backstory that was essentially worthless, and got frustrated when her efforts turned out to be wasted.  I think we played 2 games before the GM gave up and went back to something else.

What I learned from this is that there has to be a degree of player buy-in for any game you run, and the GM has to trust the players enough to allow them to understand what they are buying into.  Bait-and-switch plots are a staple of fiction, and can be a lot of fun when handled correctly.  But care must be taken to assure that the bait isn’t more attractive than the switch in the long run or there will be player push-back.  Having your Castle Falkenstein loving group create new characters, only to show up for the game and discover that they have all been sucked through a portal and you have converted everyone to Pathfinder for the campaign is a risky proposition.