Now here’s a handsome and happy fellow – a good father surrounded by his children, upon whom he dotes, his wife, whom he loves – a big, happy family. His children are well-behaved, he has a good job, he is an excellent host at social functions, and overall he is considered by his friends to be witty, urbane, clever, a good conversationalist, and a nice person to socialize with.He even took in one of his wife’s children to help raise. His name is Joe.

I’m using Joe, though he is, admittedly, an extreme example, to point out something I think it is important for people to know. 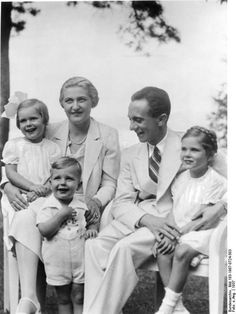 If you know who Joe is (or rather, was) your opinion of him is likely something along the lines of “Joe was a bad person.” (or perhaps a more colorful variation thereof.). While you may also think of all the activities that he participated in prior to poisoning all of his lovely children and his doting wife before shooting himself, you may also think “Joe did bad things”. But if I were to ask you “Hey, what do you think of Joe?” you would probably respond with something along the lines of “He was a bad guy.:”

The point of this is that in our language and social thought patterns, there exists a line. On one side of it saying “Joe is a bad person” is a logical fallacy – Joe’s actions or beliefs may be bad, but to call Joe bad is attacking his character and should be avoided.

On the other side of that line we have decided that the things that Joe said and did in his life were sufficiently odious that calling him “bad” is just shorthand because he did so very many bad things, and bad things of such magnitude, that it is OK to label him as a bad person and skipping the whole process of separating his activities into good and bad and measuring them against one another.. Weighing his lovely family and social life, love for his wife, etc. simply do not compensate for being Reichminister of Propaganda for the Nazis and there is no need for social gymnastics to determine that yes, Joe was a bad guy despite his love for his family..

So why all this?

t’s not to compare anyone to Nazis. I am using Joe here as an example because he demonstrates the idea I am expressing well. Despite the fact that Joe had many good qualities almost nobody will jump to defend him as “basically a nice guy, even if he did have some wrong ideas.”

This brings us around to the current US policy of separating asylum seekers from their children at the border.

There are people who don’t care about this policy.

And there are people who find this policy reprehensible, harmful, and terrible.

I am one of the latter. 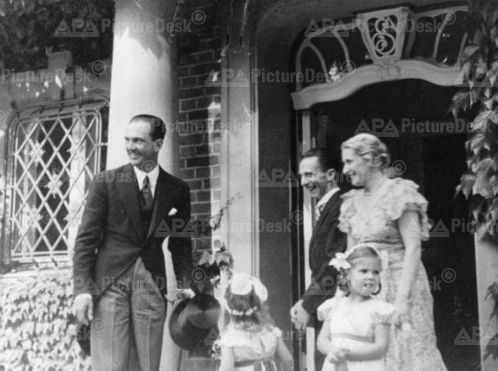 So when I say something like the people who support this current policy are bad people (and yes, I almost certainly use more colorful language) I don’t mean it as hyperbole or character assassination or insult. I mean that in my ethical world there is little or nothing that these people can be doing – not being nice to their families, not taking in stray pets, not donating to charity, not being loyal to their friends – that can counterbalance the fact that they are okay with, and often seemingly even gleeful about, 4-year-olds being taken from their parents and put in housing units that are run like prisons.

I think such people are shit people, no matter how nice they may be in other ways. They are on the far side of my moral line.

I understand that not everyone feels that way – particularly about those who they consider to be friends, or who they have to work with every day. While I might advocate for these people to change their minds elsewhere, I am not going to do it here. Instead I want to make it clear that my critiques and labels for such people are not over inflated, rabble rousing hype. No – they are NOT Joe. On the other side of my moral line is a space almost infinitely deep. And the people happily supporting our current policy don’t stand anywhere near Joe. 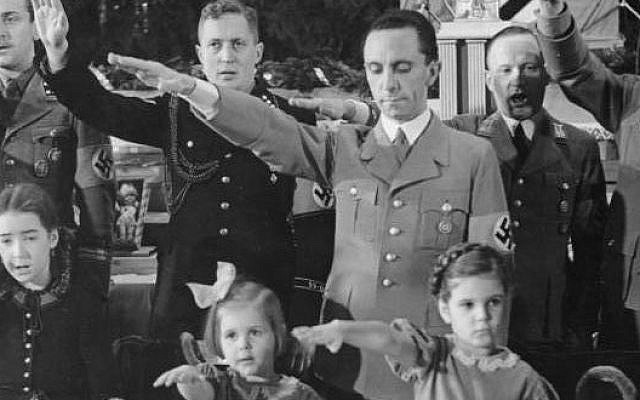 But they are still on Joe’s side of my line. And I make no apologies for that, any more than I expect those of you who have friends who support this policy and see them on the other side of the line “basically a good person, but with some wrong opinions.” to change your minds about them.

What I want is simply for you to understand, not even agree with, but understand what exactly I mean when I make reference to them as bad people.

P.S. I was not entirely accurate regarding the fate of the Goebbels. The son at top (dressed in black), Harald Quandt, survived. His decedents are now the richest family in Germany 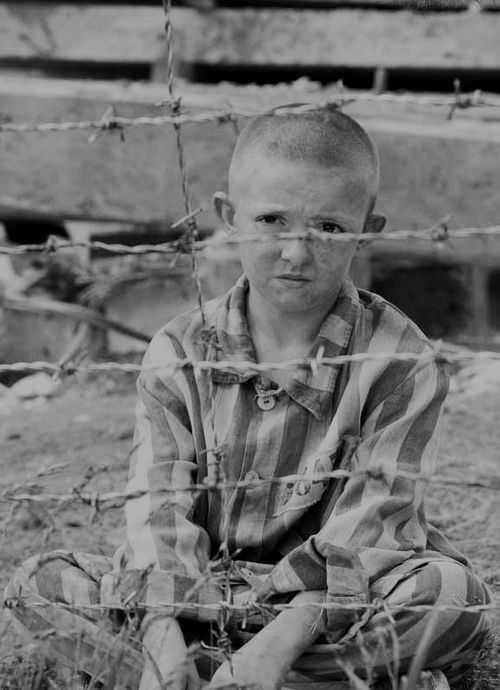