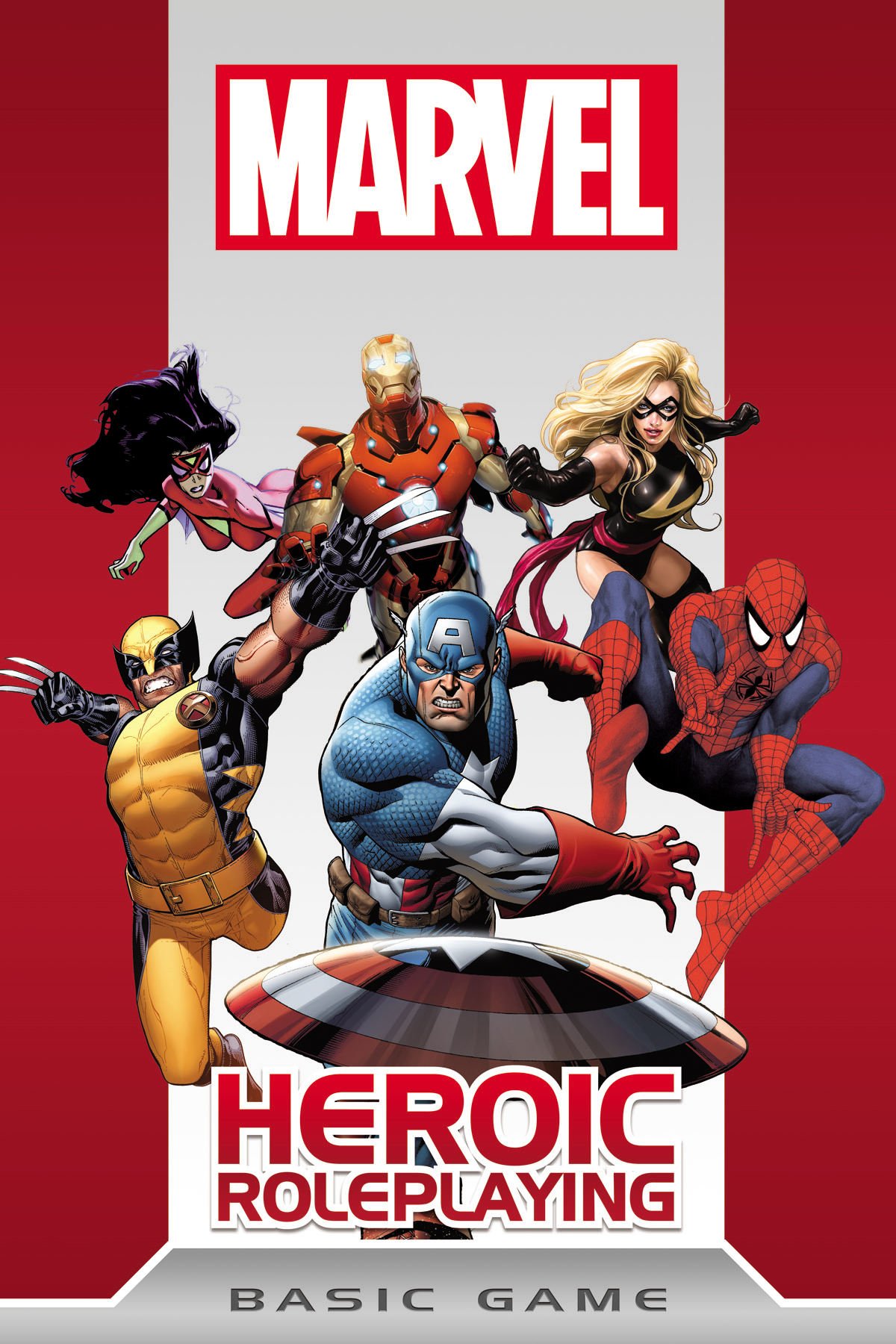 For this year’s League of Extraordinary Felines game at Big Bad Con, I am looking to switch systems.  While I really like M&M, I find it difficult to teach and run in a four hour timeslot, so I am looking for something easier.

My first attempt at doing the game with the same characters in a different system is “Marvel Heroic Roleplaying”.  I just finished taking a run at all the characters so I thought I would put them up here for perusal and critique.

A few notes on the design:

Every character has the “Feline” powerset, which consists of six powers.  Generally, three of them are at d6 and three of them are at d8, though in a couple of instances I have reduced one down to a d4 to boost another to d10 (could have boosted a d6 to a d8 instead, but it never worked out that way.)

Almost every character has a second powerset with three powers, normally rated at d8, though in some cases I dropped one d8 to a d6 and improved another power to d10.  In cog cat’s case I gave the character 1d10 and a bunch of d6s for extra powers.

Because I want one of the issues of the game to be infighting amongst the League*, pretty much everyone has some sort of milestone that brings them into conflict with others in one way or another.  There will be a couple of milestones pertaining to the adventure as well, so the conflict averse may dump their more contentious milestones in favor of something more story driven if they want.

Because I had requests from Tabitha Twitchet’s players to make the character less complicated, I evolved the Cog Suit so she can be the League’s equivalent of Iron Man.  I also added wings to the Dinah picture this year.

For some strange reason, I have something of an obsession with those weird, wooden and plastic sculptures that are typically used to decorate restaurants, bar, hotel lobbies, and etc.    I really like to shoot them with my phone camera.  I think the distortion of the lens gives a slightly eerie, disturbing feeling to the shots.

I modified this with Photoshop.

Lately I have been spending some time and effort trying out some ideas suggested by Freeman Patterson in his book “Photography and the Art of Seeing”.  In particular I have been very taken by an ecercise of his involving taking photos in a forest at a slow shutter speed, while jumping up and down.  While I caution readers that such activities may do little or nothing for your dignity (if you care about such things) it is a real eye-opener in terms of technique.

Depending on the shutter speed you go for, and the portion of the jump you trip the shutter during, you can get extremely varied effects, from no more than a subtle blur, to lines of abstract color almost impossible to connect to the actual subject matter.

I find that the technique works best with side lighting for the trees.  Also, because the camera is constantly moving during the exposure, the colors come out quite vibrant, even when taken near mid-day.

I have this strange love of toy cameras.  I like taking photos with my cell phone and I absolutely adore my Holga 120-S.

For those who don’t know the Holga is a very simple camera.  It has two settings for light – sunny and cloudy – and the focus ring has pictures instead of an actual focusing distance.  It shoots 120 film – as far as I know it is the cheapest camera on the market that does – and the plastic lens gives interesting distortion effects.

When you get your Holga you have to discover for yourself the distortion effects of the lens – every lens is different.  My wife has a Holga 120-S just like mine, but it has different distortions.  Her Holga has a much crisper focus than mine.

Holga’s cheap plastic body leaks light like a sieve.  My Holga is covered in gaffers tape to suppress light leaks, but I have seen photos from other Holga enthusiasts that swear by the interesting effects of the leakage.

Holga does not have through the lens viewing.  That means that what you see when you look through the viewfinder is not exactly what you get when you take the picture.  So you have to offset yourself a bit.

There is a lens attachment called a lensbaby that can turn your SLR or DSLR into a Holga, introducing selective distortions into your photos.  Lensbabies run $65.00 – $270.00 depending on what sort of lens you are buying them for.  The current line of Holgas is running $28.00 – $40.00  Of course, the lensbaby lets you control your distortions – Holga just gives you whatever distortions it is built with.

LOS ANGELES, CA.- In Focus: The Portrait presents a selection of about 50 photographs, affording visitors the opportunity to explore a sampling of the Getty Museum’s world-renowned collection of photographs on the subject of portraiture.

Following the invention of photography, portraiture became widely accessible to the masses. This exhibition presents a cross section of technical and aesthetic developments in the medium. It shows a broad range of styles throughout the history of photography including works by Félix Nadar (French, 1820–1910), Edward Steichen (American, 1879–1973), Dorothea Lange (American, 1895–1965), and Cecil Beaton (British, 1904–1980), amongst others.

“If photography was initially perceived to be the most truthful of artistic representations, its underlying subjectivity is especially relevant in portraiture,” says Anne Lacoste, curator of the exhibition. “The exhibition illustrates the relationship between photographer and sitter. Selected quotes from both the maker and subject provide insight into their experiences of the photographic process.”

In Focus: The Portrait is organized according to three distinct approaches. Marking the beginnings of photography as an entrepreneurial activity, the Formal Portrait refers to the traditional practice of professional studios. The works in this section range from a rare daguerreotype of Edgar Allan Poe to more contemporary works by Irving Penn (American, born 1917) and Richard Avedon (American, 1923–2004). A selection of cartes-de-visite from the 1860s–1880s will also be on display.

The Documentary Portrait responds to a more conventional idea of the camera as a device to record the world. An example of the early application of photography to sciences such as anthropology or psychiatry can be found in a portrait by Dr. Hugh Welch Diamond (British, 1809–1886), while a “mug shot” album demonstrates how the photographic portrait became a useful tool of the modern states in identifying and tracking criminals. This section also illustrates how the medium successfully addresses social issues. Visitors will see the photographic work of Lewis Hine (American, 1874–1940), whose images resulted in protective legislation for children in the United States; Walker Evans (American, 1903–1975), who made iconic portraits during the Great Depression; and Diane Arbus (American, 1923–1971), a member of this new generation of photographers who directed the documentary approach toward more personal ends in the 1960s.

In Focus: The Portrait is curated by Anne Lacoste, assistant curator, Department of Photographs, the J. Paul Getty Museum. It is the third in the “In Focus” series of thematic exhibitions drawn from the Getty’s extensive permanent collection of photographs. Upcoming “In Focus” shows include In Focus: Making a Scene and In Focus: The Worker, both opening in 2009. In September 2009, Getty Museum presents Irving Penn’s Small Trades, an exhibition designed to highlight the 2008 acquisition of Penn’s seminal body of work entitled “The Small Trades,” which consists of several hundred full-length portraits of skilled tradespeople dressed in their work clothes and carrying the tools of their respective trades.

SOUTH BEND, IN – The Snite Museum of Art opens the photography exhibition Lola Alvarez Bravo that will be on display in the O’Shaughnessy West Gallery from January 25 until March 15, 2009. Aperture, a not-for-profit organization devoted to photography and the visual arts, has organized this traveling exhibition and produced the accompanying publications. Lola Alvarez Bravo (1907-1993) was a very important Mexican photographer whose career was overshadowed by her famous ex-husband, Manuel Alvarez Bravo. Long admired in her own country, her work is finally being recognized internationally.

Lola received her first commission in 1936. She continued to photograph for fifty years, traveling throughout Mexico, documenting daily life in the countryside and in cities. Known for her portraits of artists, Lola frequently photographed the famous painter Frida Kahlo. Her archives are at the Center for Creative Photography at the University of Arizona, which is supplying most of the prints that will be displayed.

Aperture, a not-for-profit organization devoted to photography and the visual arts, has organized this traveling exhibition and produced the accompanying publication.

Lola Alvarez Bravo (Dolores Martinez de Anda) was born in Lagos de Moreno, Jalisco. She met Manuel Alvarez Bravo when she was a child; she married him in 1925 and together they moved to live in Oaxaca. The richness of its traditions and art had a great impact on her. The couple had little money and had to share a single camera between them. Manuel limited the scope of his wife’s artistic activity yet taught her a wide range of photographic techniques.

The couple became friendly with many of the most important intellectuals and artists of the time including Diego Rivera and the poets known as the “Contemporaneos.” In 1935, when Alvarez Bravo separated from her husband, she began to do photographic work for the magazine El maestro rural published by the Secretariat of Education. She became a great friend of both Frida Kahlo and Maria Izquierdo.

Visit The Snite Museum of Art at : http://www.nd.edu/~sniteart/

Italian photographer Andrea Galvani uses simple things like balloons and smoke to construct creative and complex images. I am absolutely fascinated by the second and fourth images. Even though they are just black balloons in a desert location, the way he arranges and captures them is inexplicably brilliant. Galvani stays between New York and Milan and teaches Photographic Language and History of Contemporary Photography at the Accademia Carrara di Belle Arti di Bergamo.

TURNERS, Mo. (AP) – Although legally blind, photographer Bob White does not let that stand in the way of his passion.

Using a 300-mm telephoto lens, he captures the beauty of rural life around him – plants, buildings, wildlife and people.