What do you anticipate most for gaming in 2018?

What is an RPG genre mashup you would most like to see? 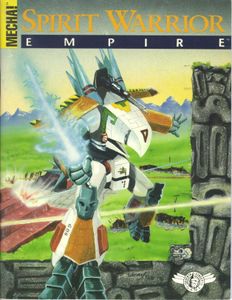 This was originally a setting for a minis game.  The genre mash was “Aztec Empire” and “Mecha”.  It was a wonderful idea.  I’m sorry that it didn’t make it.

The premise was that there was a big proxy war going on between advanced star empires.  Every so often they would utilize some primitive culture to fight in this war.  One such culture captured a bunch of Aztecs, took them off into space, gave them big-ass mech suits (that they could not understand or repair) and sent them off to fight.  It was a really great setting.

What is the best-run RPG Kickstarter you have backed?

I haven’t actually backed that many RPG Kickstarters, and I don’t have a good understanding of how Kickstarters work so it is hard for me to judge between “well-run” and “successful” (which are related, but not the same) but this one sure made a lot of money.

What film/series is the biggest source of quotes for your group?

What are your essential tools for good gaming?

I’m thinking of this in that “You are on a desert island and you only have essential tools” sort of way.

It would have to be writing materials of some kind.  I think that would be even more important than things like randomizers.  Randomizers you can make out of coconuts or fish bones or something, but stuff to keep records with is far harder to produce (although, take just a moment and imagine the Lascaux cave paintings as a chronicle of some group’s RPG campaign – it’s pretty awesome!)

I’m not really a big fan of bells and whistles.  Since I run mostly a) online where physical tools are not all that useful, or b) at conventions where any tools I decide to bring I have to lug around all weekend, I really prefer to go minimal whenever possible.  I am partial to good quality character sheets though – particularly when I can get the players to actually fill them out and update them…  wait, that never happens*.  I think mostly it is a holdout from the old days of complex character sheets when there was so much technical information about the character that as GM I needed a standardized place to look for the information. 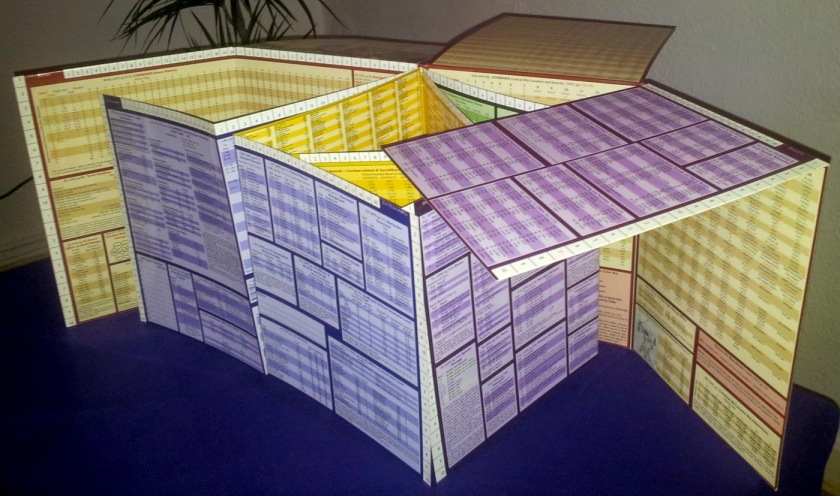 After character sheets I love a good GM screen.  Again I think its largely a throwback to the days when there were a million zillion charts to keep track of and it was nice to have them all in front of me.  These days I like the GM screens that you can slide charts and tables into.  I honestly find the layout of a lot of GM screens to be baffling – they frequetly have charts and tables that I never use featured prominently, and charts and tables that I DO use crunched down in a corner on the lower right side.  They also waste up to 50% of their available space putting a big illustration on one side announcing the name of the game system – which totally makes for an awesome photograph of me as GM with my head poking above the illustration at conventions, but is USELESS for anything other than my ego.

While I am on the subject, let me just give some Kudos to Green Ronin, which actually supplies some extra double-sided, laminated charts for Mutants and Masterminds that are suitable for putting into those plastic table sign standie things.  This was an act of sheer genius that I am surprised hasn’t been widely copied.  Even if you don’t want to invest in plastic table sign standie things, most conventions now have them sitting around holding table signs, and you can easily procure a couple for your convention game.  I invested in some, and one of the big reasons that I am running “League of Extraordinary Felines” at Big Bad Con this year in the Mutants and Masterminds 5th system is that I can plunk those charts on the players side of the GM screen and everyone at the table can have access to them without having to flip through books or squint at the screen.  Damn that was a fine idea.

*My beloved wife is a notable exception to this.  As a player, I confess that I am not.

Which RPG provides the most useful resources?

Not sure that I like this question.  It seems biased in favor of large RPGs that have lots of splat books, adventure books, etc.  There are lots of little RPGs out there which come complete, or nearly complete unto themselves that don’t provide anything by way of resources that are completely left out in this particular question.

But OK.  Not every question has to be applicable to every roleplaying game I guess.

Ars Magica has unbelievable resources.  the writers are all very smart and very dedicated to the game.  Many of their supplements read like Masters theses on a given topic edited into game form, complete with lists of references.  The game has attracted and inspired a large number of Medieval historians and enthusiasts who have in turn showered the game with love which shines through in the number and quality of resource books produced over its five editions.

Appealing to a broader audience than Ars Magica, the Fate system has really blossomed in terms of resources since it’t most recent reboot as Fate Core (and Fate Accelerated).  With numerous setting books now out, as well as toolkit books and compendiums of articles on Fate and how to tweak it, Fate gives roleplaying enthusiasts great options at every level of detail, from those who want to simulate a pre-published setting to those who want to create their own.

Ars and Fate are interesting to compare in terms of their resources (and design philosophy) because they are such opposites.  Ars Magica has a specific setting and focuses everything on defining/broadening out that setting in very specific ways.  Fate, on the other hand, is largely independent of setting and focuses on giving GMs and players the resources they need to apply the rules to a setting of their choice.  Whichever you are looking for, however, there is no denying that these games have quality resources available for them.

What is the best way to thank your GM?

Run a game for them.  Seriously.  GMs almost always want to be players – they love roleplaying so much that they are willing to take on the extra duties and responsibilities of writing the scenarios, buying the books, distributing information, drawing maps, and wrangling conflicting schedules all so that you all can play.  But deep in their hearts, GMs WANT to play too.  And you should make that happen from time to time.  Because if you don’t they will eventually burn out and then there will be no fun for anyone.

Of course, not everyone has the skill set or the willingness to get behind the GM screen and actually run something.  For those who don’t –

It doesn’t have to be money of course.  Take them to your FLGS and let them pick something out, and then snatch it from their cold, heartless hands and pay for it.  Buy them a cool new game aid they don’t have.  Sponsor a kickstarter in their name.

Another great option – thank them publicly on social media.  Tell people how much you enjoy their game.  Generate buzz about it.  Say good and kind things.  Give compliments.  They’re free and they mean a lot.

Finally, give them food.  GMs tend to eat like Zoidberg in Futurama.  If they are going to run a game that takes hours of preparation time for you, at least feed them. 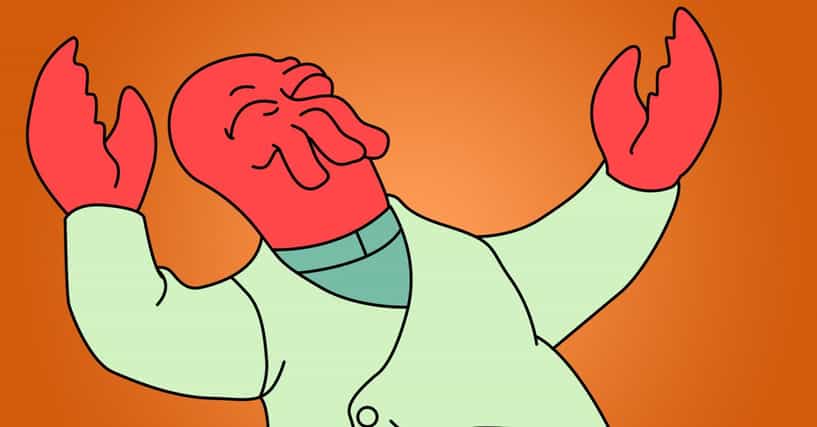 Share a PWYW publisher who should be charging more.

Disclaimer:  so far as I know she isn’t really a PWYW publisher.  She writes for Evil Hat.  And Evil Hat has been very good to us.  looking through the list of questions, this may be my last opportunity to shamelessly plug her work, so by God I am going to take it.

Attention Fred Hicks:  please don’t have me murdered in my sleep.  I want to be awake for it.

Which RPG has the most jaw-dropping layout?

All that being said, here are some things that I look for in a well-written RPG: 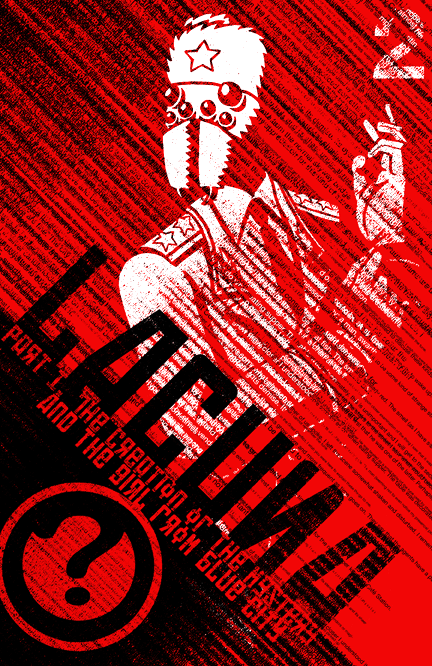 Nope.  Not going to say another word about it – check it out.

Which RPGs are the easiest for you to run?

Low/no prep games such as Fiasco and Powered by the Apocalypse are easiest for me to run because, well, they are low/no prep (the category rather says it all I suppose).  There are story games that push the envelope of “what is a roleplaying game?” like Questlandia and the Quiet Year.

Almost any game CAN be low/no prep if you are sufficiently familiar with the rules and have put in some time preparing in the past.  I used to run Champions with little preparation because I knew the system so well.